In July a French development team related to a workgroup commissioned by the AFIM (French Association of Musical Computing) had a meeting in Paris. Below is a resume written by Pascal and posted to the Jamoma-devel mailing list:

First, this group is related to a workgroup commissioned by the AFIM (French Association of Musical Computing). For those reading french, there’s a report of our activity here:

(We’ll try to translate it some day soon…)

For those not reading French, more or less, we aim at :

That’s on this way that we discovered Jamoma, and also Integra.

Our goals are not so distant of those of the Integra group, even if we are in a different field. That’s why I attended one of their meetings in Krakow, to get more informed about their activity. We also have a person in common in both groups, who is Thierry Codhuis, CEO of La Kitchen, Paris. Of course, we look forward to setting up which could be our modes of collaboration with Integra in the future. I’m convinced we have a lot of complementariness as well as converging goals, and that we should succeed finding a way to collaborate… I’ll come back to Lamberto, of Integra in the autumn, when we have a clearer picture of where we’re going….

So, as a first phase of our future development, we’ve set up as a kind of parallel group a team that we’ve called EVE (for Experimental Virtual Environment, or whatever you wish…) This development of a common framework for building audio environments is of course based on Jamoma, and is beginning right now. We plan to have an operational draft at the end of the summer. We’ll use it for several projects, and will distribute it to a small circle of users, in order to get some feedback. The aim, for now, is not to widespread it, nor to advertise it, as we consider it as a beta version, and as we will be redacting a documentation along the way….

The developers in the team are:

What we’ll try to achieve this summer consists of: 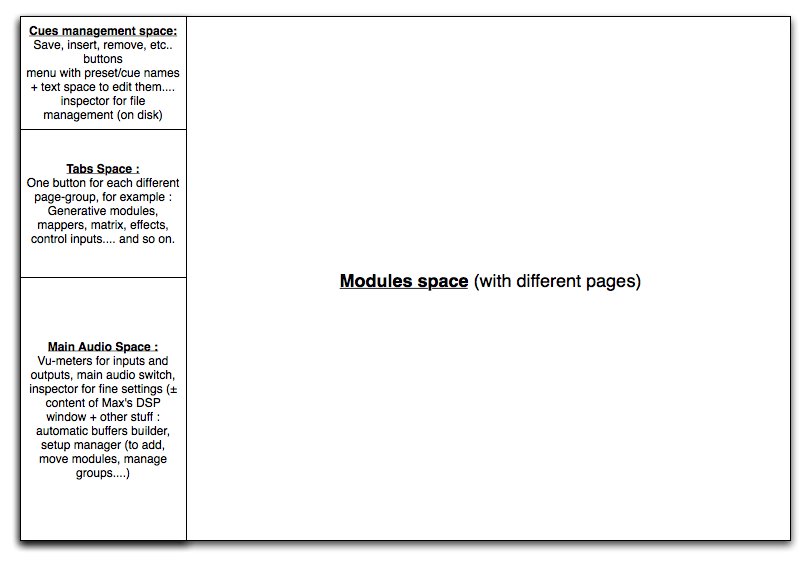 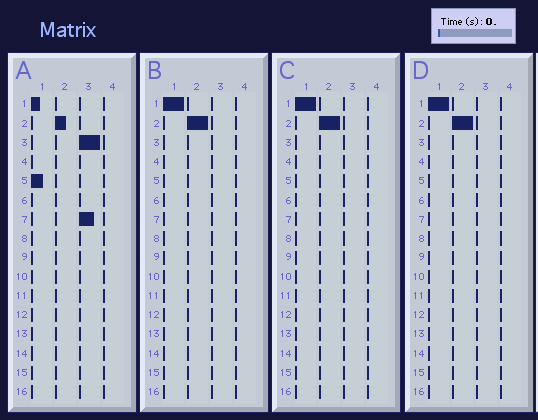 These two last ones will be developed by Nicolas, so I suggest that Nicolas and Jean-Michel get in contact with Alexander, to get informed of the standardization work Alexander already did in this domain. I will send an e-mail to all three, in order that they can begin discussing these issues.

Some of these modules could also become part of the Jamoma distro, as Mathieu’s dpab module, François’ VST module, Jean-Michel’s wacom module, my simple mappers…